Blind Man’s Band is the musical partnership between Christian Rønn and Claus Poulsen. Both are active musicians on the Copenhagen scene across genres. BMB has played a string of ambient concerts, but also play experimental electronica, noise and free-jazz, as both members enjoy diversity and experimentation. The name of the game is free improvisation and artistic challenge. Thus their output is very versatile, and they can adapt to almost any live situation. Sometimes BMB invites guests in, and their debut tape (released 2016 on Insula Jazz) features drummer Kevin Angboly (from french Reaction Power Trio). Claus Poulsen has been a part of the electronic and experimental scene since 1995, when he formed the noise-ensemble Alarm112, and Christian Rønn is a performer, composer, organist and producer. He has recently released two very different solo LP’s and a duo LP with Ikue Mori (from DNA). He also produces music for television and film, amongst them Metropolis and Battleship Potemkin.
https://blindmansband.bandcamp.com/

Since the 90’s Tzii, music composer and filmmaker, spreads his frequencies all over the world through touring from Eastern and Western Europe to Australia, passing by USA, Canada, Japan, Indonesia, Africa and South-East Asia, where he played hundreds of shows..…
“A mountain of multiple figures” as defined by Nyx …
He created his own label NIGHT ON EARTH in 2001, releasing vinyls and tapes, and is a co-founder & active member of the label/collective V-ATAK.
His main aim is to reach transcendance through sound trance, layering and looping to another dimension ……
To do so he explores infinite different worlds and expressions, from music to performance or collective creations. One thing always remains in his works : they’re impossible to fit in any box.
He’s part of several other projects like SOLAR SKELETONS, MS30, 1997EV, VIRIL, AEROBICONOISE and works also for dance companies, living performances, movie soundtracks and any other mediums containing sound …..
He collaborated on stage or in studio with numerous other fellow musicians around the world …..
http://www.tzii.tk 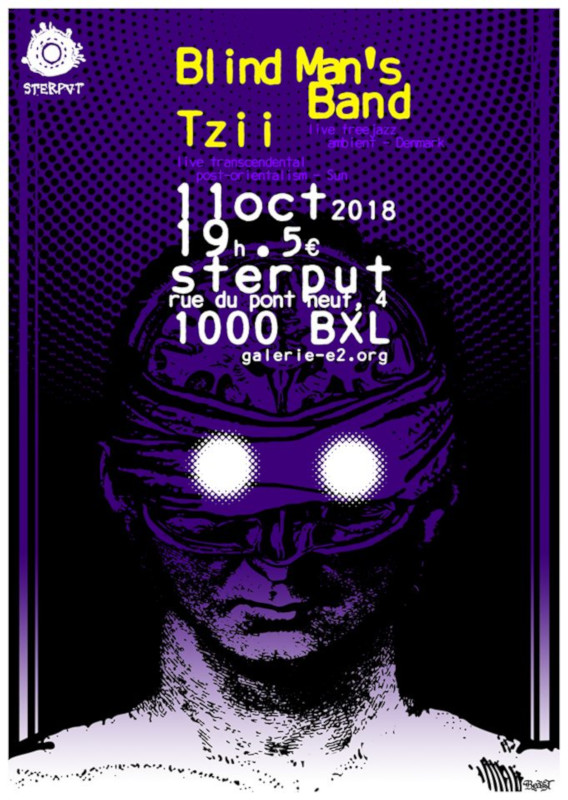